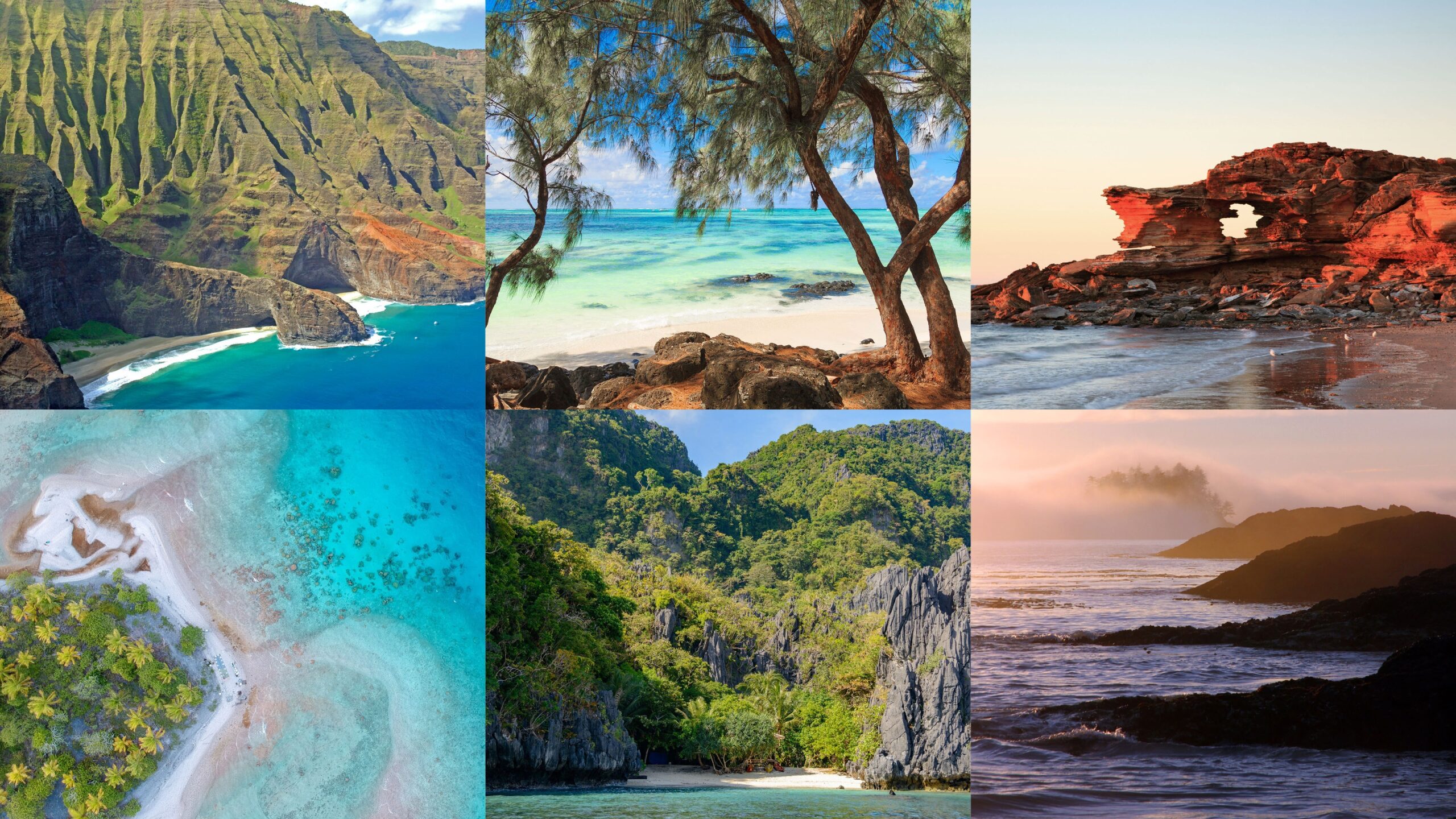 Australia is world famous for its long seemingly unending stretches of golden coastline, stunning ultra-white beaches, and the incredible night-life associated with these coastal lands.

Visiting any of the numerous beaches all around the country is every tourist’s dream and rightly so, there are very few places in the world that can offer such a wide variety of coastal fun. From the hustle and bustle of world famous city beaches to the quiet tranquility of the hidden gems lining the coast. However your dream vacation can just as quickly turn into a nightmare in this country, sharks, rip tides, stingers, jellyfish, and even crocodiles all combine to make this beautiful land just as treacherous to the uninformed.

However before you get to the water one of the biggest hazards you shouldn’t ignore is the sun, temperatures can run very high in all parts of Australia and before you visit any beach make sure you’re well protected against those UV rays, so put on your hat, wear long sleeves and whatever you do, do not leave that sunscreen at home. That being said, here are the top five safest beaches in Australia and when to visit them.

Probably the most famous beach in Australia, this aptly named stretch of coast (Bondi is an Aboriginal word meaning water breaking over rocks) is world famous for its clear blue-green waters, so famous in fact that the color has been renamed after the beach, Bondi-blue.

Stretching over 1 km, Bondi beach is well patrolled all year round by some of the best lifeguards in the world just to keep visitors safe, and they’re always on the lookout for someone in need of help, so just raise a hand if you find yourself in trouble (yes, especially in the water).

During the summer months, November to March, volunteers join the professional lifeguards to help with the increased crowds. Shark nets all around the water are designed to stop the sharks getting close to the beach, however this technology is far from infallible at the moment and Bondi is not completely closed off by the nets anyway so be careful not to venture out too far.

Avoid swimming in areas with signs of bait fish or fish feeding activity, at night or at twilight as these are times when sharks are most active. If a shark is spotted a shark alarm siren will sound to warn everyone to swim out of the water as fast as possible.

Finally to avoid riptides, only swim in the areas indicated with yellow and red flags (this applies for all beaches in Australia) as they are designated safe swimming areas. At Bondi beach rips are mostly located on the north side of the beach so don’t feel too lazy to walk to the south side if you’re going to be swimming.

Located just 6 km away from Bondi Beach, Coogee is also one of the most famous beaches in Australia.

The distance between the two beaches is so short that the walk from Bondi to Coogee beach is one of the most famous activities to do in Sydney, it helps that this is one of the safest activities you can do (just make sure you stay hydrated and wear a hat).

The coastal walk offers plenty of stunning views, beaches, cliffs and parks right through the eastern suburbs of Sydney, so much so you can never be short of anything to do while you take this scenic walk.

The beach is protected from the waves by a rocky island called Wedding Cake Island and hence it is one of the safest places for families to swim. Coogee Bay road and the Coastal Walkway provide easy access to the beach and like Bondi. It’s very close to the city so getting to it is no trouble. Patrols from the council lifeguards (all year round), volunteer Surf Life Savers (summer months) help to keep the beach safe from 7 am to 7 pm (5 pm in winter).

Sharks generally drift towards the New South Wales coast in the summer months as the waters are warmer during that time so this, unfortunately, means more sharks at the time when there is the highest traffic of people in those particular waters.

However contrary to popular belief, you are less likely to die from a shark attack than from drowning in Australia, in fact Australia recorded a total of 22 “unprovoked” shark attacks in 2015 (total of 33 cases, 1 of which was fatal), while reporting an average of 292 deaths by drowning every year between 2004 and 2014. So while you should be on the lookout for sharks in Coogee beach and Australia as a whole, shark attacks aren’t as common as they are made out to be.

Located on the east coast of the largest island of sand in the world, Fraser Island, Queensland, this beach is indeed 75 miles long and is one of the most fascinating spots in Australia.

Seventy Five Mile beach is one of the relatively few tourist beaches in Australia where you can’t swim. Infested with sharks and dangerous currents, you do not want to find yourself swimming on this beach.

However home to the Champagne pools, a famous swimming spot formed by volcanic rocks, this is the only salt water site where people are allowed to swim.

The volcanic rocks provide protection from the strong currents out at sea and from sharks as well so this is probably one of the safest swimming spots you can find, just make sure you stay away from the sharp rocks and you’ll enjoy your holiday without so much as a scratch.

While on the beach you can talk a walk to Indian Head, a walk you will not regret. The rock outcrop is a popular viewing spot and provides some exquisite views and one of the best backdrops for some holiday photos.

The Maheno shipwreck is another must see if you happen to be on this island and all these must-do activities happen to be danger free and you will not find lifeguards as a result.

One of the world’s most unspoiled beaches, protected by the Whitsunday Islands National Park, this beach is purist heaven. With a wide variety of activities available you will never have a moment of boredom while here. The fact that the island is right in the heart of the Great Barrier Reef makes it one of the top tourist destinations in Australia.

With some of the lowest waves and calm waters, this is one of the safest beaches to swim at in the Whole of Australia. Snorkeling, thrilling helicopter rides, sailing, and your pick of cruise rides are just some of the activities you can engage in while on this shockingly white stretch of award winning land.

The beach is only accessible by boat ride or one of the many sea-planes available from Whitsunday Island or Hamilton Island. If you are adventurous enough you can find some guides for a backpacking trip to the beach from Chance Bay.

Camping is also an excellent choice if you fancy spending more time on Whitehaven. Being in Queensland though, it is advisable to be on the lookout for stingers, jellyfish, etc., especially during stinger season (October to May) as a sting from some of these can be fatal, fast. If you happen to get stung then some treatments include vinegar, saltwater not freshwater or urine as so widely advertised.

Stingers are found throughout the year though so while peak season may be October to May, you still have to be careful even during the other months. To protect against stingers it is best to wear a lycra or neoprene full body swimsuit when diving or snorkeling in Whitehaven. Like Seventy Five Mile Beach, Whitehaven is unpatrolled and mostly shark free, with only one shark attack recorded there in 1997.

One of the many beaches and bays located in Jervis Bay, this beach holds the world record for the whitest sand in the entire world, yes whiter than Whitehaven.

This used to be one of the lesser known beach meccas in Australia but it is starting to gain in popularity, although you will still find it very much peaceful compared to most other beaches in the country.

The population of the town is 290 and you can find accommodation right in town, very close to the beach. Hyams beach has been largely patrol-free as it is usually one of the calmest and secure beaches in Australia, patrols where recently launched for the first time earlier in 2016 because of shark sightings in the area, although there haven’t been any attacks.

This beach is one of the best for swimming due to the calm nature of the water and being relatively shark free (recent sightings excluded). The fact that this is a family beach makes it the ideal setting to take your children for that overdue family holiday.

The beach is visible from the town and easily accessible. The best time to take your swim in this paradise would be morning, although the fact that it never gets crowded means you can do it whatever time suits you best.

Another great thing about this beach is it’s just a 2.5 hour drive from Sydney, so even if you decide you like the city too much, you can take a break by visiting Hyams just for the day.

There are many beaches in Australia and most of them will be safe and fun for you to visit if you just follow the safety rules outlined in this guide as they all apply to most of the beaches in the country. So even if your favorite beach didn’t make it on this list, you can still think of this as a general guide to staying safe when visiting the beach.

One last tip you’ll hopefully never have to remember, if you find yourself caught in a riptide then never swim against it, instead, swim parallel to the beach as most rips are narrow and once you are out of its reach then you can swim to the beach. 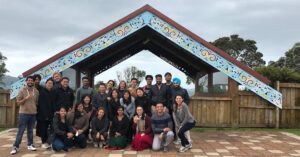 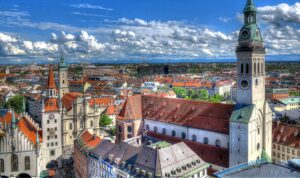 Top 3 Places to Visit While You’re Traveling to Munich, Germany 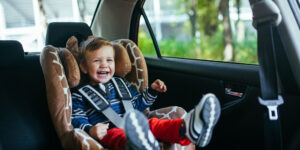